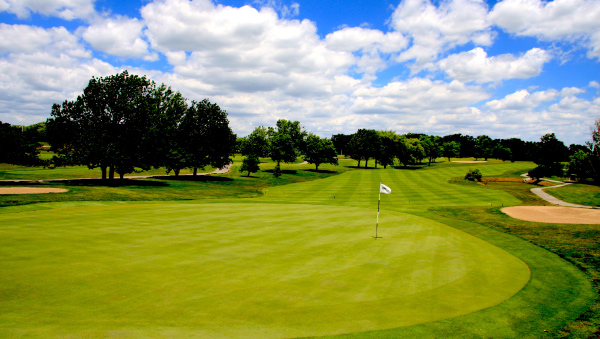 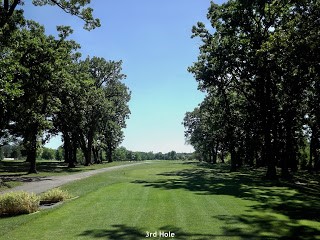 Change is often traumatic. Just ask the staff at Balmoral Woods Golf Club. The course had been put on the market by long time owners the Mortell family, and was finally sold before the 2017 season. Surprisingly, very little changed. “It’s been business as usual,” said General Manager Brian Snell, who has been working at Balmoral Woods since 2001. “The new owners have kept most everything the same.”

The course was purchased by an unlikely suitor. HITSSHOWS, a corporation based in Saugerties, New York, specializes in Equestrian Events. The old Balmoral Race Track was added to their stable of facilities, and the nearby (just over a mile away) Balmoral Woods was bought a few months later, the only golf course in the company portfolio. 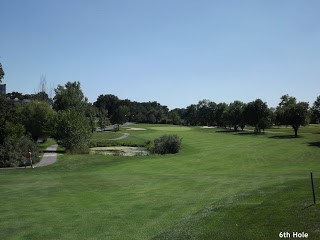 Balmoral Woods opened in 1975 as a 9 hole layout at the north end of the property, consisting of holes 1 thru 5 and 15 thru 18 of the current configuration. The remaining holes were completed and the full course opened in 1977, with renowned architect George Fazio hired by Don Mortell to provide guidance on the finished product. “It wasn’t part of the original plan, but my father felt it was important to have a reputable course architect like George Fazio involved,” shared former General Manager David Mortell. 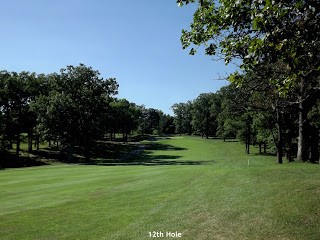 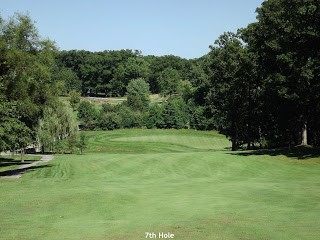 The operation of the course was a Mortell family affair for 40 years, until family economic reasons dictated the sale. “I worked at the course through high school and college on the grounds crew and in the pro shop and clubhouse,” reminisced Mortell, an accomplished golfer in his own right who played in college at Purdue. “I have a lot of good memories, but my favorites have to be the golf outings and the events we had throughout the years.”

The par 72 course stretches out to over 6,600 yards as it tumbles across 280 acres of rolling, heavily wooded land near the Indiana border. “We have many holes that could be considered signature holes, but holes 7 & 13 are standouts,” opined Snell. The 7th hole is a 548 yard par 5 that starts with a tight drive through a tunnel of mature hardwoods, with the fairway taking a sharp left turn and a precipitous drop toward a wide, shallow green fronted by a creek, one of the most spectacular par 5’s in the Windy City. The par 3 13th hole is a demanding 200 yards across a grassy ravine to a steeply elevated green, and 3’s on the scorecard are an accomplishment. The layout also features a rare par 38/34 configuration with 4 par fives on the front nine that adds to its uniqueness. 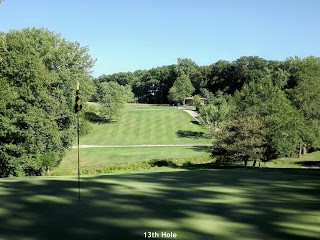 Balmoral Woods has been the long time host of the Will County Amateur tournament, a 36 hole stroke play event that is one of the premier amateur competitions in Illinois and annually draws a strong field. Former Dallas Cowboy and Eastern Illinois quarterback Tony Romo has occasionally participated and was the winner in 2009. The course quality, reasonable prices, full service clubhouse and easy access from Route 394 makes Balmoral Woods a prime venue for numerous outings included in the 14,000 rounds played annually.

But one question remains. Why was HITSSHOWS interested in purchasing and operating a golf course? A request for comment went unanswered, but a Blog post titled the “Top 3 Reasons We Love Balmoral Woods Golf Course” on the HITSSHOWS web site provides some direction: 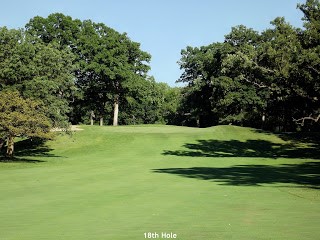 “The Balmoral Woods Golf Course and its proximity to the facilities is truly an asset to HITS exhibitors who love to golf,” stated the post. It sounds like it will be “Business as Usual” at Balmoral Woods for a long time to come.