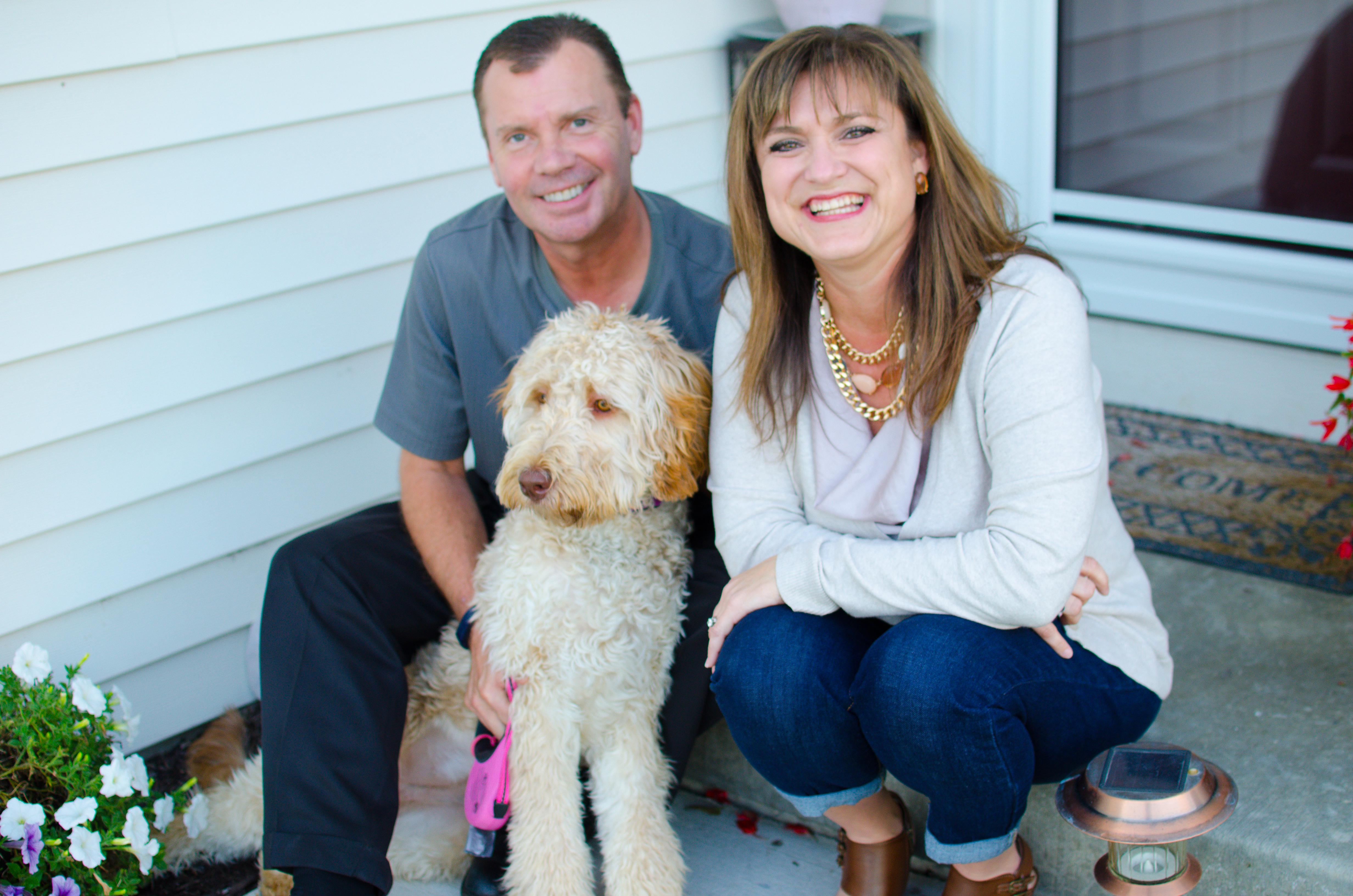 As the PGA of America turns 100 years old, avid golfers have likely seen many changes in the game, at their home course, within its staff and in the industry as a whole. Have you ever thought about what goes into running a club? Have you ever envisioned being a club pro as a “dream job?” I recently had the opportunity to sit down and chat with 25-year veteran, PGA Class-A Professional Steve Dell, about his career and how it all came together for him. 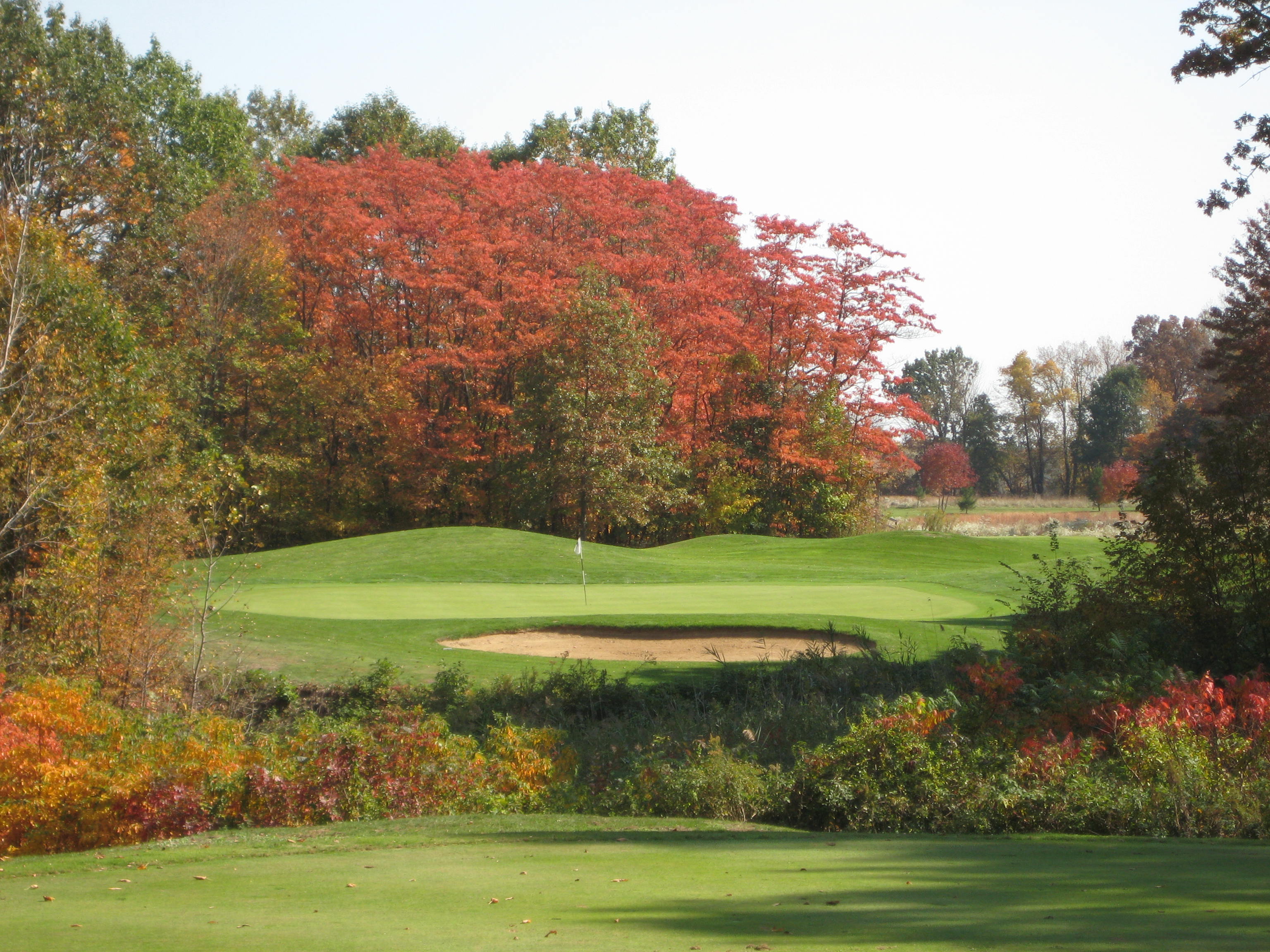 Fact: It takes an individual three to four years to reach Class-A status. A great golf handicap, professional outlook and positive, take-charge personality are all requirements and among Dell’s defining traits, but there’s much more behind the title. 2016 marks Dell’s seventh season with GolfVisions Management, Inc.* in the role of Head Professional and General Manager of Whittaker Woods Golf Club in New Buffalo, MI. His career has taken him to many properties posing a host of challenges. In 1985, he became an assistant golf professional at Kemper Lakes Golf Club in Kildeer, IL (a northwest suburb of Chicago). Kemper Lakes hosted the PGA Championship in 1989, during Dell’s tenure there. In May 1991, Dell was elected to the PGA as a Class-A Professional. Dell went on to manage properties in throughout Chicago and suburbs, including Water’s Edge in Worth, where he coordinated the grand opening, and all ten courses within the Chicago Park District, where he also served as Executive Director of the First Tee of Chicago. Dell also opened Hidden Valley Golf Club in Corona, CA. Dell chuckles as he relates, “Every golfer I’ve ever met thinks they would love my job; that I go to work and play golf or give lessons all day, every day; that I am off all winter and that my golf game is as good as a tour pro, which are all fallacies.” 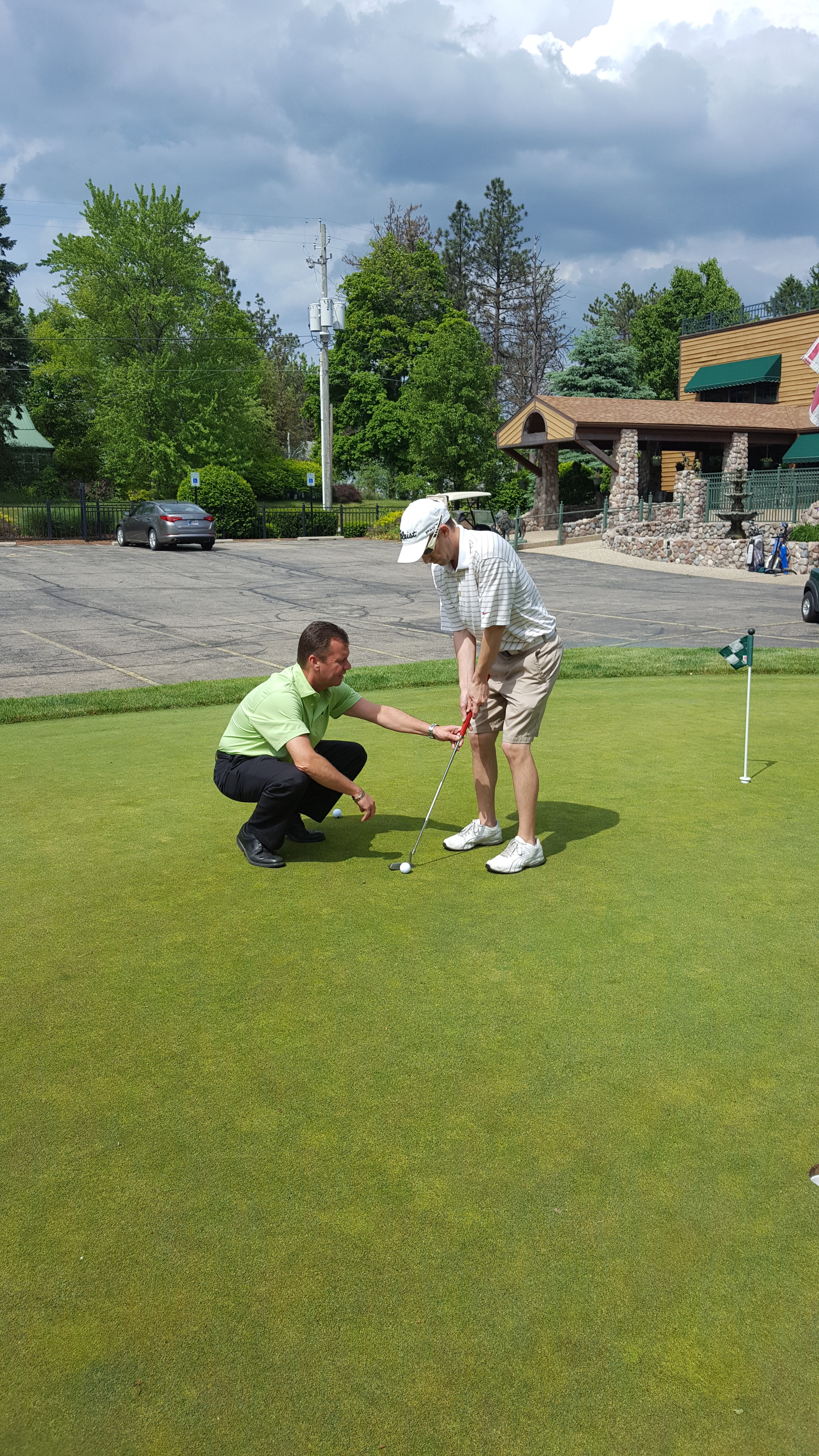 The journey to becoming a PGA Member is challenging and arduous. It starts with becoming a registered apprentice and then successfully completing the PGA Professional Golf Management (PGA PGM) Program, under the direction of the PGA of America. Apprentices must pass the Qualifying Test and the Playing Ability Test (PAT). On the PAT, apprentices must be able shoot an 18-hole target average after 36 holes on a PGA-rated course. Apprentices must adhere to strict timelines as they make progress through the three levels of the PGA PGM Program. Mastery in various, comprehensive topics of business acumen are required as the student moves from one level to the next. Once an apprentice has successfully made his/her way through Level 3 and has been elected to PGA Membership, the individual is officially a PGA Class-A professional and can apply for Head Professional positions. To ensure the Professional stays apprised of the latest industry trends and best practices, continuing education is also a requirement throughout his/her career. 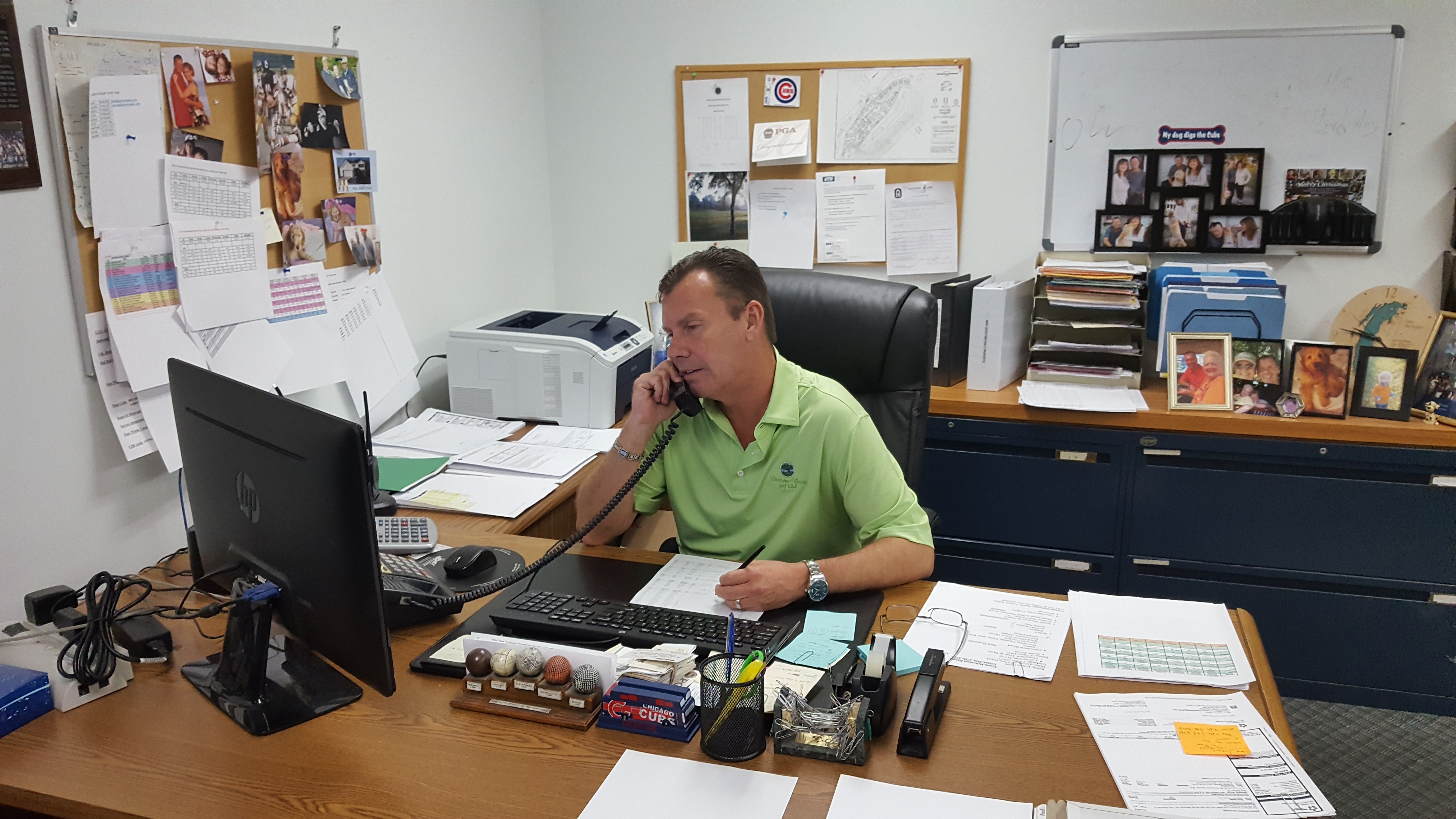 A PGA Professional’s duties vary from club to club, climate to climate, season to season. As mentioned, Dell has been a Class-A professional for 25 years; he remarks on several, poignant changes in the industry, including the ultimate irony in light of today’s oversupply issue in the golf industry. Recalls Dell, “With the popularity of the game on the rise, the ‘80s brought about the ‘boom’ in golf course construction. At one point, the National Golf Foundation and other regarded organizations recommended that the golf industry needed to add one new golf course every day to keep up with demand.” Dell has also seen advances in the equipment to which golfers have access. For example, in the late ‘80s woods constructed of traditional hickory or beech (that is, actual wood!) were rapidly replaced by the introduction of heads made of metal. Dell notes that technology has also significantly advanced the game; computers, the use of GPS–both wearable and as equipped on golf carts, the evolution of the ball itself and hybrid clubs have added yardage to many players’ games.

While most of this is great for the game, the market is struggling. The over-development of courses, the time crunch many golfers experience in balancing their desire to play with professional and family obligations, the slow growth in participation and a questionable economy are all factors causing the outlook for some courses to be shaky at best. Sometimes, distressed properties are even taken over by banks. Management companies are summoned to enhance operations at others, to improve long-term viability.

Reiterating the fact that he loves his job despite the industry’s formidable challenges, Dell shares, “This profession would be impossible to manage without support from home.” He adds, “It took a period of adjustment for my wife Shellie to learn that she would likely attend family functions and social events without me during the season, that my days start early and end late during the summer and many holidays are spent at the course.”

In 2014, the PGA of America announced the creation of a Task Force to “grow the game” through non-traditional means. This diverse group has been developing and evaluating concepts to help harness the network of the 27,000 male and female PGA Professionals. The support of the PGA of America and its vast resources has Dell optimistic that the game will retain, if not grow, in popularity and participation; he sees a bright future ahead for the golf industry.

*GolfVisions is a privately held golf management company, based in the Chicago suburbs, that provides full-service operations via management contract or lease and customized solutions to clients desiring support in various facets of an operation. For more information, visit: www.golfvisions.net.