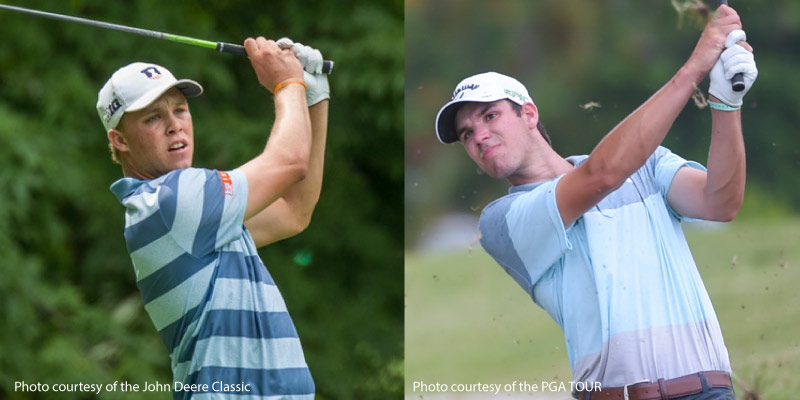 Hardy, 22, of Northbrook, who is completing his senior year at Illinois, said he officially will turn pro at the Web.com Tour event following the NCAA Men’s Golf Championship.

“I’ve had a great college experience at the University of Illinois and have learned a lot from Coach [Mike] Small,” Hardy said. “I look forward to a strong finish with my teammates and then moving on to the next phase of my golf career. I know how valuable a sponsor exemption is and I am very appreciative to the Rust-Oleum Championship for giving me this opportunity.”

Tee-K Kelly, 23, originally from Wheaton, who currently is competing on the PGA Latinoamerica Tour, also has been awarded a sponsor exemption. A graduate of Wheaton-Warrenville South High School, the former Ohio State All-American recorded one victory last season and has conditional status on the Web.com Tour. He currently resides in Estero, Florida.

“I am very thankful to have received a sponsor exemption to play in the Rust-Oleum Championship,” Kelly said. “I look forward to coming back to the Chicago area and playing in front of friends and family.”

“The Rust-Oleum Championship is thrilled to be able to award sponsor exemptions to Nick Hardy and Tee-K Kelly – two of the finest young players to come out of the state of Illinois in decades,” said Tournament Director Scott Cassin. “We know they intend to compete at high level and use the tournament as a springboard to future success.”

Both players have impressive resumes:

Hardy made the cut at the 2015 U.S. Open at Chambers Bay after winning his first Big Ten Championship and being named Big Ten Freshman of the Year. In 2016, he qualified for the U.S. Open and played in the Rust-Oleum Championship on a sponsor’s exemption. In 2017, playing on a sponsor exemption, Hardy made the cut at the PGA TOUR’s John Deere Classic in the Quad Cities. In top amateur events, he made the Western Amateur’s prestigious Sweet Sixteen three times, qualified for the U.S. Amateur five times, won the 2016 Illinois Amateur in record fashion, and won the 2017 NCAA Regional tournament. He was a multi-year All-American at Champaign.

Kelly was an All-American at Ohio State as a senior in 2016 and won the NCAA Regional tournament at Whistling Straits in Haven, Wisconsin the same year. He also is a two-time Illinois Amateur champion.

In 2017, his first year as a professional, Kelly won the Puerto Plata DR Open in the Dominican Republic and recorded four other top 10 finishes. This year, he continues to play on the Latinoamerica Tour and plays on the Web.com Tour as opportunities arise.