By Len Ziehm PALM COAST, FL. - Our three-month stay in this ocean-side community between St. Augustine and Daytona Beach was much different than our previous three winters, spent in Sarasota, Naples and Port St. Lucie. In this case, "different" means generally better golf-wise with one notable exception. We played lots of golf in cold (50 degrees), windy weather, and that's something we rarely faced in the other, more southerly stops. END_OF_DOCUMENT_TOKEN_TO_BE_REPLACED

By Len Ziehm LAKE WALES, Florida - I can’t think of a much more pleasant golf experience than playing a Donald Ross course on a crisp, sunny day. That’s what we thought we were doing when we visited Lake Wales Country Club, which is about 40 miles from Orlando. Lake Wales is managed by Chicago-based GolfVisions, and we found it a well-conditioned, nicely designed layout that clearly had the feel of a Ross course. [caption id="attachment_1182" align="alignright" width="150"]

Lakes Wales’ latest logo honors only one of its designers.[/caption] The club proclaims it a Ross design in its website and uses a likeness of the legendary architect in its most recent logo. There’s only one problem. Ross was involved in the course’s creation for sure, but recent research suggests he wasn’t the only architect and may not have even been the main one. Another almost-as-famous architect, Seth Raynor, was involved as well. END_OF_DOCUMENT_TOKEN_TO_BE_REPLACED

By Len Ziehm Golf trails are nothing new. Courses and clubs have formed marketing partnerships for years with varying degrees of impact. In the United States alone there are at least 50 trails. Texas has five separate of them. Colorado Golf Trails is one marketing entity, but it promotes 10 different trails within that state, and some of those trails have as many of 12 courses. Go to http://www.golftrips.com/golftrails/ to check out the various trails out there. [caption id="attachment_891" align="alignright" width="300"] 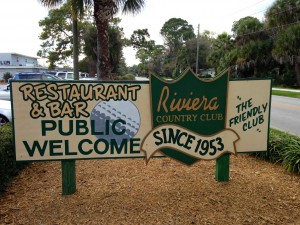 Golfers of all abilities have enjoyed Riviera for 62 years.[/caption] Most famous is probably the Robert Trent Jones Golf Trail, which unites 11 Alabama golf facilities. It’s been a rousing commercial success, but some of the “trails’’ amount to nothing more than websites. I’ve played all the courses on Indiana’s Pete Dye Golf Trail and some courses on a few of the others, including the Robert Trent Jones. This winter, though, I’ve been introduced to one that is different – and in some ways better – than all the others. END_OF_DOCUMENT_TOKEN_TO_BE_REPLACED

By Len Ziehm The U.S. Golf Assn. has finally committed to holding a national championship for senior women players. Though long overdue, that’s good news. On the other hand, the first such tournament won’t be held until 2018 and there will be differences between the first U.S. Senior Women’s Open and the only other major event for senior women, which is put on by the LPGA Legends Tour. [caption id="attachment_878" align="alignright" width="300"]

French Lick’s Pete Dye Course hosts the only major championship for senior women now, but that will change in 2018.[/caption] The Legends Championship has been played the last two years at the Pete Dye Course in French Lick, Ind., which is also the site of the Legends Hall of Fame. The Legends event is over 54 holes; the first U.S. Senior Women’s Open will be over 72 holes. Players can ride in the Legends event, won the first two years by Lorie Kane and Laurie Rinker. As per USGA tradition in open championships, the Senior Women’s Open will be walking-only. And, of course, the Legends is for former LPGA players while both amateurs and professionals can compete in the Senior Women’s Open. END_OF_DOCUMENT_TOKEN_TO_BE_REPLACED

By Len Ziehm CULVER, Ind. – Mission accomplished. It took four years, but my attempt to play all seven courses on Indiana’s Pete Dye Golf Trail ended with a bang on a cold but sunny November afternoon – a most pleasant way to finish a most pleasant golf odyssey. While Alabama’s Robert Trent Jones Golf Trail is the most famous of the few such golf ventures, the Dye Trail is special, too. There may be fewer courses, but those included offer plenty of variety and an historical touch as well. [caption id="attachment_854" align="alignright" width="192"] 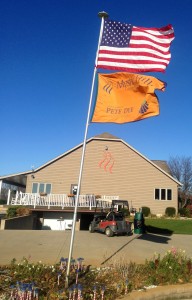 Mystic Hills golfers had a high-flying time at the Big Cup Chili Open.[/caption] Dye – arguably the premier golf course architect of this generation — picked the seven for the Trail from the 25 courses he designed in his home state. They included his first-ever 18-holer, now known as Maple Creek, and – until just a month ago – his last course, the Pete Dye Course at French Lick. Maple Creek was known as Heather Hills when it opened in 1961. Design-wise it was a joint effort between Dye and wife Alice. Dye’s latest creation is at Keswick Hall, near Charlottesville, Va. I’m scheduled to play there in two weeks. END_OF_DOCUMENT_TOKEN_TO_BE_REPLACED

Hazeltine’s Walking Man statue may soon become as famous as PInehurst’s Putter Boy.[/caption] All that's missing is the Ryder Cup, and Hazeltine went on the clock to host that epic battle duel between the U.S. and Europe in 2016 after Europe continued its recent domination of the competition at Gleneagles in Scotland earlier this fall. Hazeltine will be the place to be from Sept. 26-Oct. 2, 2016. The only club to host all those big event is North Carolina's Pinehurst No. 2, which opened in 1907 – 55 years before Hazeltine. Pinehurst, which became the first course to host both the men's and women's U.S. Opens in back-to-back weeks last June, also hosted the U.S. Senior Open (1994), PGA Championship (1936), U.S. Open (1999, 2005) and Ryder Cup (1951). END_OF_DOCUMENT_TOKEN_TO_BE_REPLACED

By Len Ziehm Long before there was a Ladies Professional Golf Assn. there was the Women's Western Golf Assn. This organization has spearheaded golf for girls and women since 1901. This week the WWGA honored two of its longstanding leaders. Susan Wagner and Audrey Peterson were presented with Woman of Distinction Awards at the WWGA's annual meeting at Sunset Ridge Country Club in Northfield, IL. [caption id="attachment_829" align="alignright" width="225"] 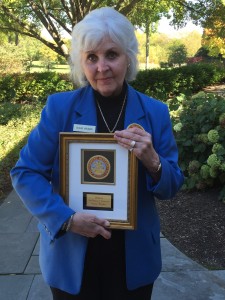 Susan Wagner has represented the WWGA on the public relations and media side.[/caption] Both are extremely deserving of this recognition. Between the two of them they've spent over 70 years volunteering their time, energy and talent to both the WWGA and its Foundation, which has awarded academic scholarships for the past 43 years. Over the years the program has distributed over $3.35 million to 600 scholars from 45 states. Wagner, formerly of Flossmoor and now living in Florida, has been a WWGA director since 1977, when the Western Amateur tournament was held at her home club. In recent years she has served as the WWGA's national public relations and media director. She was the organization's president in 1997-98. END_OF_DOCUMENT_TOKEN_TO_BE_REPLACED

By Len Ziehm CHOCTAW, MS. - Determining the best golf options in your first visit to an area isn't easy. We faced that situation in our first-ever visit to the state of Mississippi, and I don't think we could have made any better selections. The state has less than 200 courses, but the ones we found were all top of the line. [caption id="attachment_821" align="alignnone" width="584"]

Dancing Rabbit’s clubhouse has everything, including eight rooms for lodging.[/caption] END_OF_DOCUMENT_TOKEN_TO_BE_REPLACED

By Len Ziehm The first International Crown concludes Sunday at Caves Valley, in Owings Mills, Md., but a Saturday gathering that wasn't held anywhere near the course will have a more direct bearing on how the event plays out at Rich Harvest Farms in 2016. Jerry Rich, in the forefront during the Crown's creation, hosted a Watch Party for nearly 200 members of Chicago's Asian community at The Stonegate in Hoffman Estates. Big-screen televisions flanked both sides of the speakers' podium, ethnic food and beverages were offered and Crown memorabilia was available. Rich and his staff hosted smaller gatherings for other ethnic groups in the days leading up to the inaugural staging of the global team competition, but Saturday's was the big event that Rich most wanted. END_OF_DOCUMENT_TOKEN_TO_BE_REPLACED

By Len Ziehm GREEN LAKE, Wis. - Shame on me. This golf writer of nearly 50 years didn't know nearly enough about the work of William Langford until playing in last week's Langford Shield outing at The Links of Lawsonia. The course got its name from the legendary newspaperman Victor Lawson. He was the publisher of the Chicago Daily News prior to his death in 1925, and The Links of Lawsonia was built on a three-hour drive from Chicago near the small college town of Ripon. [caption id="attachment_785" align="alignleft" width="300"] There’s reportedly a boxcar under the No. 7 green at The Links of Lawsonia. The elevation it created makes for a most interesting par-3.[/caption] Langford was a Chicago golf architect and very prominent in his profession. He and partner Theodore Moreau were the course designers. The Links of Lawsonia course didn't open until 1930, and it has had a partner course, Woodlands, since 1985. It was designed by Rocky Roquemore, who participated in the design of Cog Hill's Dubsdread course in Lemont. END_OF_DOCUMENT_TOKEN_TO_BE_REPLACED 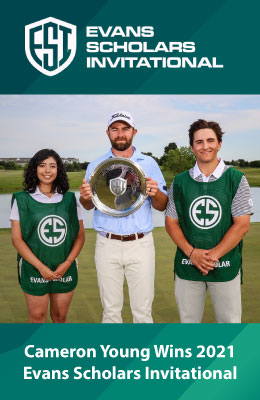